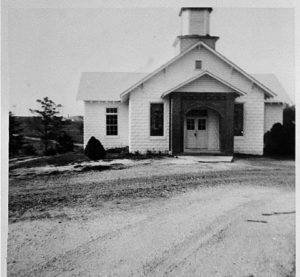 Morganton Baptist Church was organized on October 10, 1868 by three Baptist Ministers, J. Davis, A.N. Miles and J. B. Parham, at the request of several men and women, and was started after appointing among them,a moderator, a clerk and a deacon, there were 15 charter members. These charter members wrote the church’s Articles of Faith and Rules of Decorum, declaring their beliefs that the Scriptures are inerrant and inspired by God, the Trinity, salvation only by merits of Jesus Christ, eternal security, and eternal life either in heaven or hell.On January 2, 1869 a general business meeting was held to discuss the building of a “church house” to the glory of God. The first building occupied by Morganton Baptist Church was erected sometime around 1869-1870, and later relocated in 1921 to the property at 331Church Street; where the building underwent several additions, renovations and remodeling projects. In April of 1996 Morganton Baptist Church acquired the property located at 1195 old Hwy 76, that was formerly occupied by the North Georgia Bible College (1891-1925), Fannin County High (1926-1955), and Morganton Elementary school (1955-1992). Later in August of 1997 the congregation of Morganton Baptist Church moved from its previous location of 70 years to the property at 1195 old Hwy 76. Dr. Jerry Falwell preached the dedication sermon with and estimated attendance of over 550 worshipers. The new property provides the Morganton Baptist Church congregation with an amazing opportunity for ministry. In 2008 Morganton Baptist Church became debt-free when the cost of renovating the new property was paid off. Since that time Morganton Baptist Church has continued to minister to the surrounding communities. The church continues to hold both morning and evening services on Sundays while also operating Wednesdays a very successful food and clothing ministry that is free and available to anyone. Throughout Morganton Baptist Church’s 150 years of ministry to the glory of God the mission to reach a lost and dying world has never changed. The church has had 38 pastors during those 150 years, many long time members are now with the Lord, yet the future is bright for Morganton Baptist Church because of the membership’s faith and hope in a Great Savior, Jesus.